Sometimes my nerdiness gets crafty (AKA-Doctor Who Christmas)

I spent the last month working on lots of different things.
I'm probably overcompensating but I wanted this Christmas to be special for my kids so I made them these things. 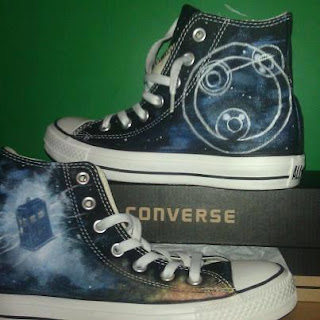 These are my daughter's Doctor Who Sneakers. She saw some on Pinterest originally but they weren't "her" so I made my own version. She loves them. YAY me!!!

This is the Keyblade that my son wishes existed. (His sister makes him watch Doctor Who) I handpainted it onto a messenger bag for him. 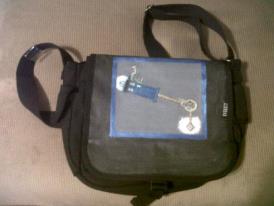 Her CD case- really is bigger on the inside! 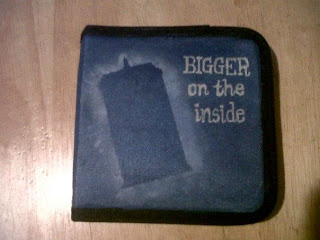 Then I really wanted to get Minecraft Legos for my little guy, but sadly they had been sold out for months by the time I discovered they even existed. So I had to get creative.
Here is his Minecraft lego table. I think he likes it, he's spent hours with it over the last few days! 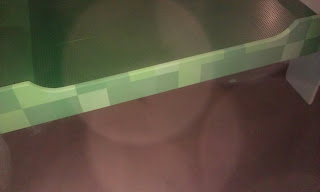 The rails along the side. 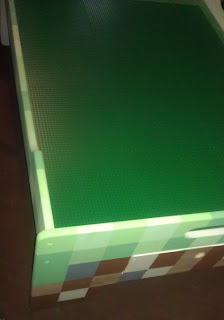 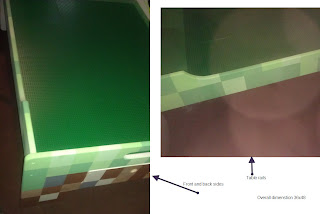 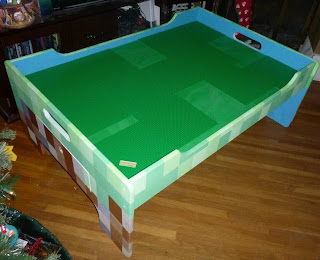 And all finished and under the tree.
I had some smaller projects that didn't make it to the photos, like my daughter's hoodie with her name written in Galifreyan and my son's sneakers. I'll see about getting those up here soon!
Hope everyone had a great holiday!
Posted by Kelly at 2:55 PM 1 comment:

Kelly
Hi, my name is Kelly... and I'm a nerd, a geek, name your word... I was probably called them all. I was the kid that got grounded for reading too late and was picked last for dodgeball. It's all good though, because who knew that it would work out that when I grew up, I'd do cool things with numbers and people and art, travel and cooking. That beats dodgeball ANY day. It's good to grow up.